California’s Proposition 12 Explained—And Why We Stand for It We started True Story because we wanted to create a world in which we could enjoy delicious meats produced from animals that were treated ethically. As the most substantial piece of animal welfare legislation to date, California’s Proposition 12 is a big step in that direction.

While we have always exceeded the requirements set forth by Prop 12, we also think it’s important for you, our customers, to understand just what it means. Here we explain Proposition 12 and why it’s so significant.

Proposition 12, also known as the Farm Animal Confinement Initiative, was passed by California voters in 2018. Prop 12 prohibits the sale of eggs, veal or pork that has been confined in a cruel manner (as defined by the policy). For pork, it states that pigs be raised with at least 24 square feet of space per pig.

This space requirement is a big change for many meat companies. In particular, it prohibits the use of gestation crates that are used to confine mother pigs—a practice that has become common throughout the industry.

At True Story, we have never and will never use crates and cages. Learn more about our strict standards of animal welfare in Our Practices.

When does Proposition 12 go into effect?

Proposition 12 will be implemented in January 2022.

Many pork producers are pushing back against the policy or trying to find ways around it—because it will be an expensive and difficult change for them to make. However, it looks like Proposition 12 is here to stay.

Will Proposition 12 cause a bacon shortage?

You may have heard rumors about an imminent bacon shortage in California as a result of Prop 12. Since the rule passed with voters in 2018, a few pork producers have rushed to change their practices. But most have not. By some estimates, only 4% meet the requirements!

Because we believe in giving animals plenty of room to roam, we have always exceeded the standards set by Proposition 12. That means you can rely on our Kurobuta Uncured Bacon for your bacon fix. Even better, you can enjoy it with the knowledge that it was raised in a stress-free environment!

If Prop 12 only applies in California, why is it so important?

Prop 12 mandates that any company that sells meat in California has to comply with the rules, regardless or where the company or its farms are based. Because a lot of people live in California (the state has one of the world’s largest economies!), it represents a large part of our country’s pork consumption.

What’s more, other states may also be following suit. Massachusetts passed a very similar rule, known as Question 3. Even more importantly, Prop 12 represents a big change in the way that we as a society perceive the value of farm animals. Yes, raising animals with at least 24 square feet of space is more expensive than the alternative—but it’s the right way.

Why does True Story stand with Proposition 12?

We believe it’s up to all of us—as farmers, retailers and consumers—to insist that animals be treated with the respect they deserve: that they be kept in safe environments, but also be allowed to move freely and express normal behavior. So we can all enjoy meat the way we were meant to.

Learn more about Our Farms, and feel free to contact us with any questions! 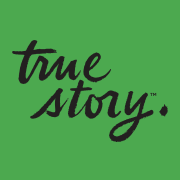 Our Hot Dogs Were Rated #1!

In the Press, Clean Ingredients

Find True Story near you.

Subscribe to our newsletter for 15% off in our shop! Receive new recipes, special offers, and more